Cult of Chucky: The Gangs All Here, And They're Rightly Filled With Fear 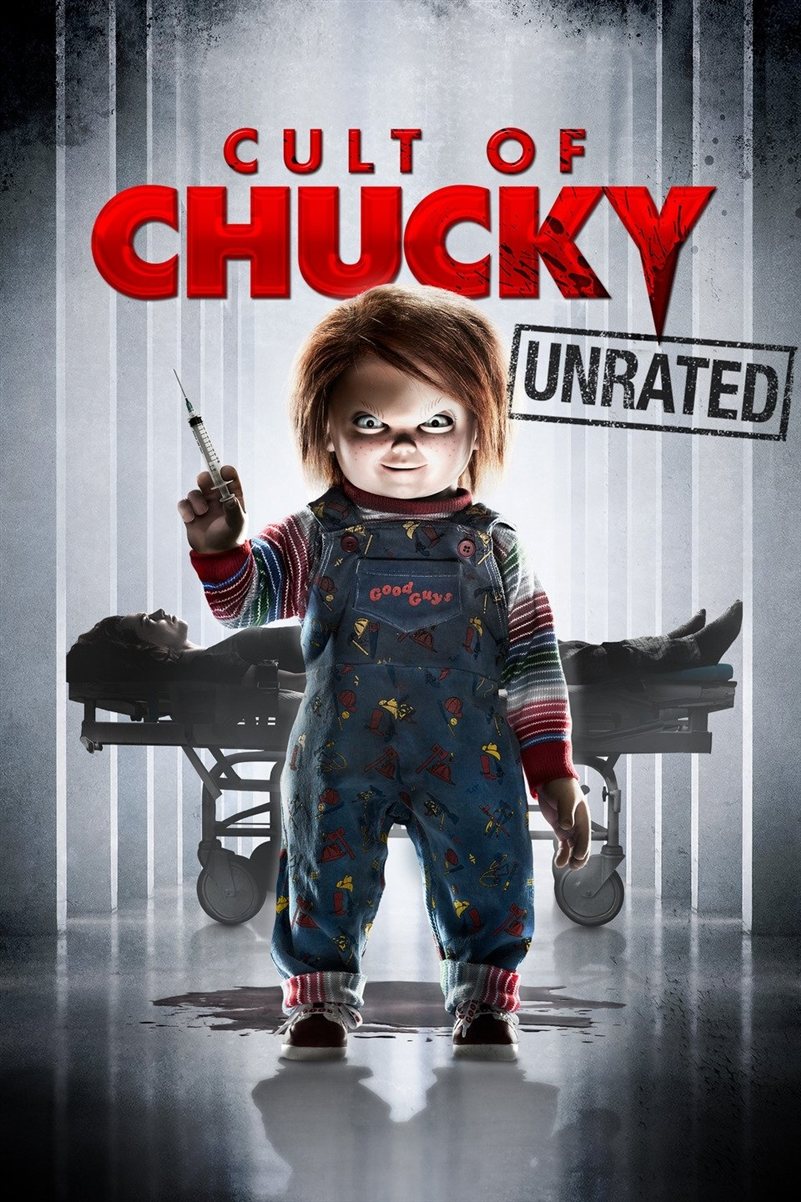 Chcuky's Back Again, And He's Not Holding Back This Time.
Photo by: Universal Pictures, via WikiCommons.

"The Cult of Chucky", teh 7th installment in the Chucky/Child's Play franchise, begs the question - what if there were multiple murderous Chucky Dolls, and what if he could take over human bodies - questions we didn't know we wanted an answer to until, well, we saw the trailer, and KNEW we needed the answers to.

"The Cult of Chucky" starts off in a mental institution, where Nica Pierce, Chucky's victim in the last movie, "Curse of Chucky" has been committed, and is coping with owning up to the crimes "she" committed (acts that were in fact perpetuated by no other than Chucky himself. The movie takes places four years after the events of "Curse of Chucky", and after Nica makes peace with the crimes she's committed, she's moved to another psychiatric facility, where some of Chucky's other victims just so happen to be staying.

Why no sane person is concerned that so many previously-well-adjusted adults are terrified of the same doll that they believed terrorized them and murdered people? I'm not sure, but I do know that it shouldn't take a PHD to realize that bringing a Good Guy Doll into a group session filled with Chucky's previous victims (who the doctors seem to believe were in fact perpetrators, not victims), is a good idea, I simply do not have the answer to that question, but I can tell you that having numerous Chucky "Good Guy Dolls" running around a mental facility is about as amusing as you think it is - probably even moreso.

But this wouldn't be a true throwback movie without an appearance from the cute little kid who started it all, Andy Barclay, would it? But Andy's all grown up now, and he's been torturing the original, still sentient evil Chucky doll head for god knows how long, and hatches the bright idea to get himself institutionalized with the rest of Chucky's victims, so that he can help end the Chucky-related carnage once and for all.

We don't want to spoil the movie for you, but we can say it got an 80% on Rotten Tomatoes, and whether you're a fan of the Child's Play/Chucky franchise, or just a horror fanatic in general, this is definitely one you won't want to miss this season.

"Cult of Chucky" is available on Netflix, BluRay, and DVD, although for hardcore fans, it's worth noting that the Netflix cut is unrated, and slightly longer.

Have You Seen "Cult of Chucky"? Let Us Know Your Thoughts in the Comments Below!