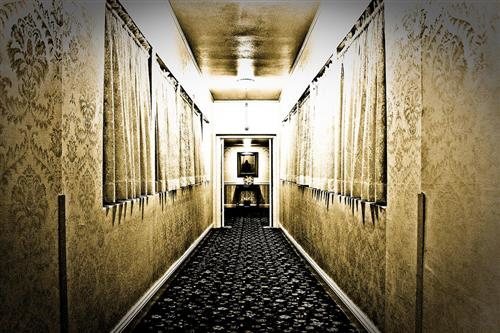 Considered by many locals and paranormal enthusiasts to be the most haunted site in San Antonio, the Menger Hotel is said to even be frequented by the ghost of Teddy Roosevelt. The former Bull-Moose president would recruit men to join his Rough Riders calvery. Lesser known ghosts are also said to haunt the site. One is the ghost of a young maid who once worked at the hotel and was murdered there; now she haunts the upper hallways. Another ghost is that of a woman who is said to have died of a broken heart in one of the hotel's upper rooms.

Disclaimer: Texas Haunted Houses does not endorse or support trespassing to visit real haunts. Before you visit ANY local real haunt, make sure to acquire the appropriate permits and/or permissions, and be respectful of privately owned properties. Countless Haunt Hunters have been arrested, ticketed, and reprimanded by the authorities for trespassing. To avoid this, be sure to get in touch with the property owners before visiting a haunt, and respect their hours of operation, local regulations, and rules for visiting at all times. Happy haunting!
All information on this page was submitted to Texas Haunted Houses and was believed to be accurate at the time it was posted. Please report any inaccuracies here.